My Autistic son loves to lay outside in the sun on two Star Wars blankets while his brothers perform ninja moves on defenseless trees. He seems strategically placed between his deeply admired, almost ten year old brother who doesn’t drain his resources, and his lesser admired, four year old brother who he still calls “the baby”.

Suddenly, playtime shifted into aggression toward the younger brother who made himself comfy on the blankets. My Autistic son yelled and threw his shoe at him – an ongoing paradigm between the two: everything seems fine until it is not, and almost always at the expense of my youngest son.

I immediately reprimanded my son, telling him it was not nice to throw things when he became angry. I had him collect his blankets and formerly weaponized shoes to return inside. Upon handing his shoes to me, a brilliant-beyond-brilliant idea was birthed…

I tossed them right back at him and said, “Do you like it when people throw shoes at you?”

Now, can we take a minute to appreciate the fine parenting I did in this moment? Most parents fill the void with endless lectures mounted on top of consequences, stern looks, and finger wagging – but being the mature parent I am, I skipped directly to the “Thou art the man!”-taste of your own medicine- moment of reflection. Superb!

The desired effect was for an instance of pondering the acuteness of this stress inoculation with raw emotion, resulting in an immediate and heart-felt apology sealed by hugs to younger sibling and spoken intent to never harm again.

The actual effect was my son ran away and hid under his bed.

It was then I realized I would now be asking him to apologize to his brother for the very thing I did to him in order to teach him a lesson.

Hmmm….My plan had holes for sure.

When better judgment returned to me, I asked him why he was hiding. He peaked out from under the bed and said, “I don’t like you.” I paused trying to decide what to say, but the silence gave him the opportunity to provide greater clarity. Looking uncharacteristically in my eyes he said, “I don’t love you.”

As his eyes were still locked with mine, three thoughts came to mind:

As I peered into my son’s angry face, I thought about how patient and loving God is with me. While a sinner, an enemy of God in deed and in heart, Jesus died to take away my sin. While I shook my fist in the face of a Holy God by careless and willful deeds of the flesh declaring, “I don’t love you”, He assured in Romans 5:10 once I was reconciled to God, the resurrection of Christ guarantees this arrangement will never change.

“I don’t love you”…I had never heard these words by anyone before, nor have I ever said them. Truthfully, my son didn’t mean them even though he said them. He felt strong emotions and sometimes Autism comes with the inability to censor comments. Typical people, operating in the boundaries of social norms, know that even if one feels this way, one does not say it. Filtered responses, however, are a luxury of learned social behaviors, and my son does not yet, and may not ever, have those filters.

Later, through reflection and prayer, another great truth emerged:

Hebrews 4:13 – Nothing in all creation is hidden from God’s sight. Everything is uncovered and laid bare before the eyes of Him to whom we must give an account. (NIV)

He sees the things I think, but don’t say.

He sees my motives, though poorly masked by godly-appearing choices.

He sees the hidden places of my heart.

My filters may work on everyone else, but God sees….and He loves me unchangingly, unendingly, because of the love in Himself not because of the good in me.

I smile as I think about how this Autistic trait is how God sees me and how I might have missed it if I didn’t have a child with Autism. Unfiltered. Another blessing and grace of Autism in my life. Thank you, God!

One thought on “The Day My Autistic Son Said, “I Don’t Love You”” 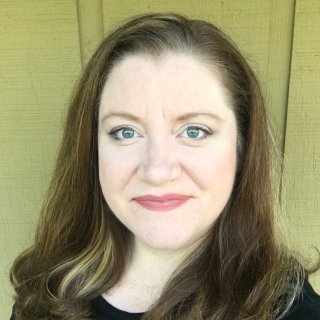 I am a ministry wife and mother of three boys - one of whom has Autism. I write about life in the Lord as a mother of a child with special needs.